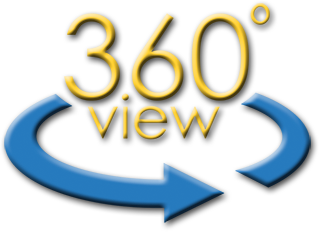 Be a part of history and the future of our IDF soldiers.

The Sol and Clara Kest Center for Soldiers is at the heart of Thank Israeli Soldiers’ 15 years of service to support the brave young men and women protecting Israel. The Center will be the portal through which Jews from around the world can show their appreciation to IDF soldiers, and let them know they are not alone in the defense of freedom.

Through programs dedicated to embracing, empowering and educating IDF soldiers, Thank Israeli Soldiers reaches tens of thousands of soldiers a year to strengthen their connection to the land, their history and values, shower them with gratitude and give them the tools they need for smooth transition to civilian life.

The Sol and Clara Kest Center.
Located in the heart of the Old City, dedicated to Israeli soldiers.

Carved out of ancient bedrock dating back to the 2nd Temple period, the Sol and Clara Kest Soldier Center in the Old City of Jerusalem is the first and only home dedicated to IDF soldiers.

50 years after the entire city of Jerusalem was reunited during the Six Day War, the Kest Center opened its doors to honor Israeli soldiers and strengthen their connection to the land, Jewish values and Am Yisrael through signature programs. Located on one of the main alleyways leading directly to the Western Wall, the Center is a dramatic fusion of the ancient and modern, integrating cutting edge design and technology with original antiquities and dramatic architecture.

Sol & Clara Kest were both born in pre-war Czechoslovakia. As young adults, they were swept up in the terror of World War II, but survived the horrors of the Holocaust. They married shortly after the war ended and began a lifelong journey full of hopes and aspirations about rebuilding what they had lost.  Sol and Clara eventually immigrated to Los Angeles in 1955 with two small children, Michael and Francesca, determination and a willingness to work hard.

Sol began laboring on construction sites. He was quick to recognize incredible opportunities in the Southern California post-war construction boom. His business grew into a partnership that created one of California’s largest and most diversified real-estate holding and property management firms. Sol realized his vision of providing diverse housing for Californians across all income levels.

Sol and Clara had two more children in Los Angeles, Ezra and Benjamin. They remained in Los Angeles, forever dedicated to work, family and their community. Their worldwide philanthropic endeavors focused on Jewish education and medical care which has continued since Sol and Clara’s passing. They are survived by their four children, and multiple grandchildren and great grandchildren, all committed to perpetuating their legacy and efforts to ensure survival of the Jewish people.

Help Build a Home for Our Soldiers.

The Kest Center was built and designed so that thousands of soldiers can enjoy this incredible space when they participate in “The Jerusalem Experience”, the Center’s flagship program run in collaboration with the IDF. For many young men and women, this is their first serious exposure to Jerusalem, and the Center is geared to enhance this experience.